If knowledge alone were power, librarians would rule the world.

AM Posts / If knowledge alone were power, librarians would rule the world. 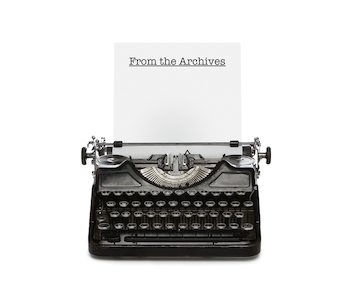 If knowledge or information were power, as goes the saying, librarians would rule the world.

“Information by itself is at the bottom of the (business) food chain,” according to Edie Weiner in Forbes magazine. “Implementation is power.”

Many executives have too much information. One of the reasons management consultants are in such demand is to sift through all the information.

Decisiveness is the most necessary and most lacking executive skill.

American business was thrust into the new millennium at the speed of light. Long-term planning now is 90 days. Short-term is Friday. The ability merely to make decisions has become the hallmark of successful CEOs.

A few years ago, somebody had the guts finally to declare a charge of $50 million and liquidate the remaining assets of Singer’s furniture division. Nobody would buy it.

If somebody at Singer had the nerve 10 years earlier to put its furniture division out of its misery, it would have saved Singer stockholders tens of millions.

In the so-called information age, the ability to get information about almost anything was supposed to be the new engine to drive business. And hippos climb trees.

Information is a lot like liver and onions to a 6-year-old. The more you chew it, the bigger it gets. There is so much research data, so much information at the fingertips of most executives, that it is overwhelming.

There are two critical aspects to the job of CEO. First, to decide what the company is or will be, the direction in which he or she will lead the company. The second is the ability and fortitude to make decisions, to be actionable.

The search for decisiveness is one reason why more than a third of the CEOs hired by over 400 major corporations in the 1990s were hired form outside the corporation.

Boards of directors decide increasingly that decisiveness, the linchpin of leadership, is more important in a CEO than company, even category, experience.

When executives get bogged down with information and have difficulty making the right decision, it’s usually because they can’t identify which of the data are critical. From all of the input, there is always one factor, maybe two, that will play a make-or-break role.

Pick out the make-or-break factor(s). Concentrate on that. Make a decision. Act.

“In 40 hours I shall be in battle, with little information, and on the spur of the moment will have to make most momentous decisions. With God’s help, I shall make them and make the right,” said the late Gen. George Patton.