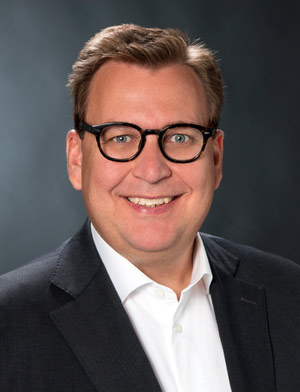 Archer Malmo, one of the leading independent brand communications agencies, today announced that Simon Hjorth has joined the agency as senior vice president, director of client services for the agency’s Austin office. Hjorth, who will also be a member of the agency’s strategic marketing committee and Austin’s management team, is charged with growing the office client base, head count and elevating the Archer Malmo brand in the Austin market. He was previously senior vice president, business development and marketing at Wunderman.

“A seasoned marketing leader with more than two decades of global agency experience, Simon is an invaluable addition to our agency,” said Russ Williams, CEO of Archer Malmo. “He has an exceptional track record for driving growth, nurturing talent and bringing great value to clients.”

While at Wunderman, a WPP company, Hjorth oversaw business development and was responsible for key client relationships. He served as the global client lead of Dell’s Enterprise Solution Group business and Akamai Technologies. He was also the agency’s global practice lead on Dynamic Content Optimization (DCO). Prior to his role at Wunderman, Hjorth was managing director at AdPeople Worldwide, also a WPP company, where he managed the firm’s offices in North America and worked with clients including Dell, Citi, Nielsen Bainbridge Group and the local Austin retailer, TreeHouse.

“Archer Malmo has a solid integrated offering and strong digital capabilities including data and marketing automation, and I’m looking forward to supporting the agency’s ambitious growth plans,” said Hjorth. “I’m thrilled about joining an independent agency where I feel there’s a perfect personal fit: Archer Malmo has an amazing culture and talent-first approach and has been consistently recognized as one of the best places to work in the industry.”

Before joining AdPeople Worldwide in Austin, Hjorth was the regional director of operations for Asia Pacific and Japan at Enfatico Singapore, also a WPP company. There he formed a new agency network, opening eight offices with a combined total of more than 250 employees working in 14 markets. Earlier, he was regional associate brand director for Asia Pacific and Japan at Euro RSCG Worldwide (now Havas) in Singapore and a client services director at AdPeople in Copenhagen, where oversaw the Dell business in Europe and worked on clients including Shell, IICG (IKEA company) and Continental tires. He is fluent in six languages.

Headquartered in Memphis, Archer Malmo has recently grown to more than 200 employees, making it one of the largest independent agencies in the country. It has been recognized by the Inc. 5000, Inc. magazine’s exclusive ranking of America’s fastest-growing private companies, every year since 2013.